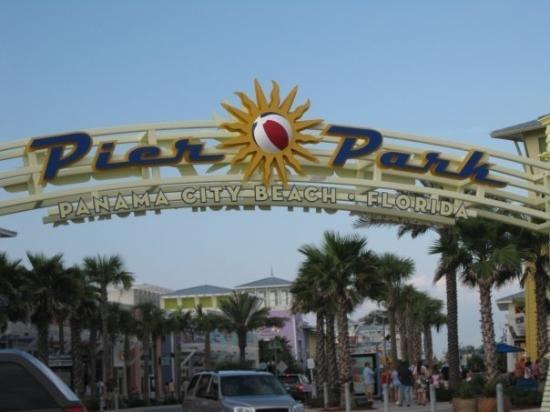 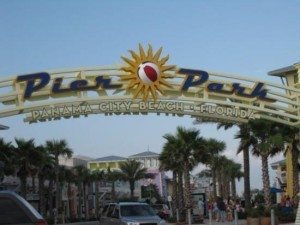 Panama City, Florida, the county seat of Bay County, located along U.S. Route 98, is the largest city between Tallahassee and Pensacola. Bay County was established from Washington County in 1913 and named for St. Andrews Bay, which borders the county. Panama City, incorporated in 1909, was originally named Harrison. Developer George Mortimer West gave the town a new name because it was on a line between Chicago and Panama City, Panama, in Central America. The name change occurred during the building of the Panama Canal with the hope of promoting real estate development in Bay County.

The geographic area has been habitable as long as people have lived in the Americas. During the Ice Age, a route was made from the area of northwest Florida to the current area of Alaska and further to Asia. Pleistocene creatures traveled across this land connection and were hunted by prehistoric men in search of food. Fossil remains of, mastodons, mammoths, saber-toothed tigers and camels have been found in springs and creeks that run into St. Andrews Bay. Archeologists know that Native Americans have been in the Panama City area for 13,000 years or more, when the sea level was 100 feet below present levels; the shore line was about 15 miles south of where it is at present. When the Spanish arrived in 1500, the area was inhabited by Chatot and Yucci tribes.

The first European settlements in the St. Andrews Bay area were in the current Beach Drive area. John Clark, a retired Georgia governor with his wife Nancy lived there from 1827 to 1832. However, just a few persons resided year round in the Panama City area, so mostly salt workers, fishers, and few vacationers who came for therapeutic “sea baths” made up the human inhabitants. By the 1850’s the population in the summer was around 1500 visitors. During the Civil War, the area was a salt supplier to Confederate troops…and a target for the Union army. After incorporation, Panama City became a noteworthy port, and during World War II grew as a shipbuilding and industrial area.  By the 1980’s, commerce in the area slowed as businesses left for new territory in nearby Panama City Beach, so St. Andrews was designated as a Community Redevelopment Area. This revitalizing process of Panama City into a waterfront community has been innovative and successful.

Some notable persons have been residents of Panama City:

Brett Arends’s ROI: Working for yourself? Open your eyes to this great deal from the IRS

Surfers honor George Floyd in ‘paddle out’ held around world

Jobs Report Shocks Everyone But Trump

‘The Help’ is currently the most watched movie on Netflix