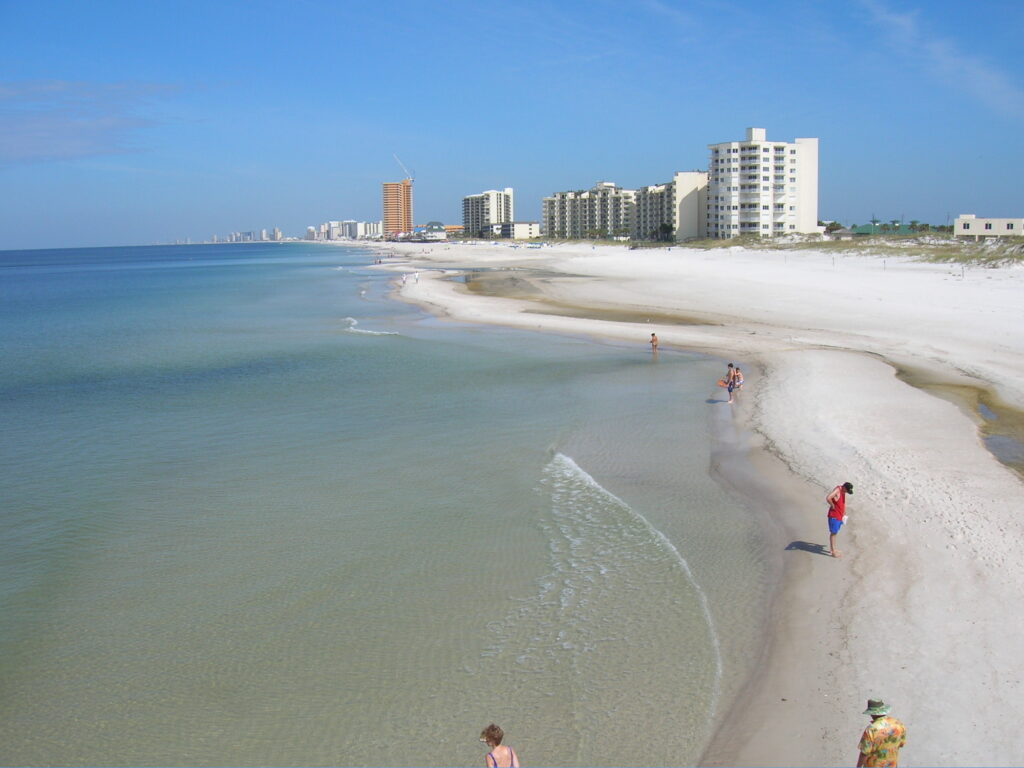 What Exactly is the “Emerald Coast”? 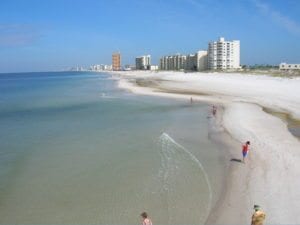 Do you know why the Emerald Coast is called the “Emerald Coast.” Well, it’s an interesting history. Listen up! The term is a name — unofficial however — for the area along the coast in Florida that runs up against the Gulf of Mexico. The Emerald Coast runs about 100 miles and goes through five counties: Bay, Walton, Okaloosa, Santa Rosa, and Escambia. You might throw in some Alabama territory in Baldwin County (that includes Orange Beach and Gulf Shores) if you want to be generous.

Long ago, in 1946 to be specific, for the sake of marketing the area, the coastal run between Panama City and Fort Walton Beach was called “Playground of the Gulf Coast.” Later, in the 50’s, the name became the “Miracle Strip” (you may know this one). The moniker was adopted officially by members of the Motor Courts Association and chambers of commerce. In the early 80’s, according to some local sources, the term “Emerald Coast” was coined by Andrew Dier — a junior high student! — who won $50 in a local contest. Somehow it caught on — and with good reason, don’t you think it’s catchy? — and slowly began to describe the long northwest coast of the Gulf, all the way from Panama City Beach to Pensacola. [A less flattering title, “Redneck Riviera” comes from a song by Tom T. Hall written in 1996; this title is also rather popular.]

An interesting side note: in the Dreamcast video game Sonic Adventure, one level is called “Emerald Coast,” based on this area. The video level also shows up in Nintendo’s Sonic Generations of 2011.

The Emerald Coast, or EC, is known as a family destination and a driving destination (i.e. a place to drive from nearby regional non-Gulf areas). In the 21st century, however, the Emerald Coast has become known in other parts of the USA. Upscale communities on the gulf road 30A and the west end of Panama Beach have popped up and significantly raised property values in parts of the EC. It’s not just for middle-class families any longer! Which has caused some hand-ringing and local arguments or battles. Still, deep-sea fishing for a wide range of families is quite popular; in fact, Destin, the so-called “World’s Luckiest Fishing Village” (though one has to wonder if it’s still a “village”) holds several world records for saltwater fishing. Panama City Beach is host to the an annual (very expensive and big purse ) Bay Point Billfish Invitational. Needless to say, there is wonderful seafood and some well-known seafood restaurants in the area. So that’s the story of the Emerald Coast. For now. Visit here and make some history yourself!