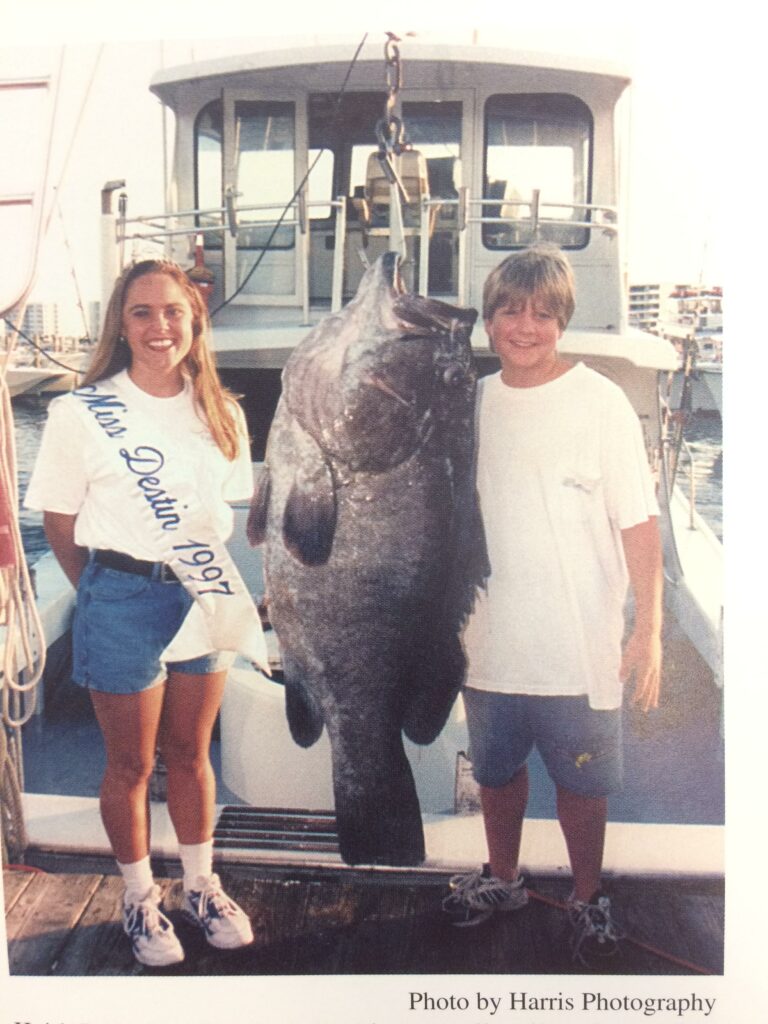 Miss Destin has always been a staple of the annual Destin Fishing Rodeo by representing Destin. A pageant is held where the girls compete to wear the crown and sash of Miss Destin. 20 years ago, Angela Hayles competed for that title because she wanted to be a role model for other young girls. Little did she know while competing that she was destined to win the crown in 1997 and represent the city.

Angela grew up fishing while living in a family whose hobby was fishing. Angela began fishing at a young age, unable to tell the different species of fish apart. She devoted her time studying everything there is to know about fish so that when the October of her coronation came around, she was prepared. Angela reminisces the time she was Miss Destin, and her memories include running all over the docks to get scores, and climbing the high ladder to write them down. She even likes to joke about how her handwriting was crooked during the posting of the scores on the high leaderboard.

Although Angela had some pretty awesome memories to take with her on her journey through life, she also reflects on the knowledge she took with her as well, from her time studying and her time on the docks.

Angela led a pretty busy life back in 1997, and she gives thanks to the Rodeo for allowing her to continue with the events she needed to attend as well as be Miss Destin, such as continuing her dream of being a cheerleader at Fort Walton Beach High School. She also gives thanks to the runner-ups that covered for her at the docks so that she could continue to cheer for the Fort Walton Beach High School.

The following year and many select years after, Angela has remained a vital portion to the Destin Fishing Rodeo. She has played plays like being a board member, to choreographing dances for the pageants.

20 years has past since Angela’s time of being Miss Destin, and although a lot has changed about her, some things haven’t. Although she may have left her pom-poms in high school, she is a still a cheerleader for her children’s sporting events. Angela is now married and works for a Preschool.

This year is another special year for Angela. Not only does it make the 20 year anniversary of her coronation as Miss Destin, but she has also been chosen as the 69th Fishing Rodeo’s chair.

Angela has giving advice to the current Miss Destin, the runner-ups, and all aspiring Miss Destin Candidates: Bring your homework. There is always some downtime at the rodeo, there is no reason not to multitask and get some learning in. But the most relevant advice she gave to Rachel McMullen was this: Embrace the moment.