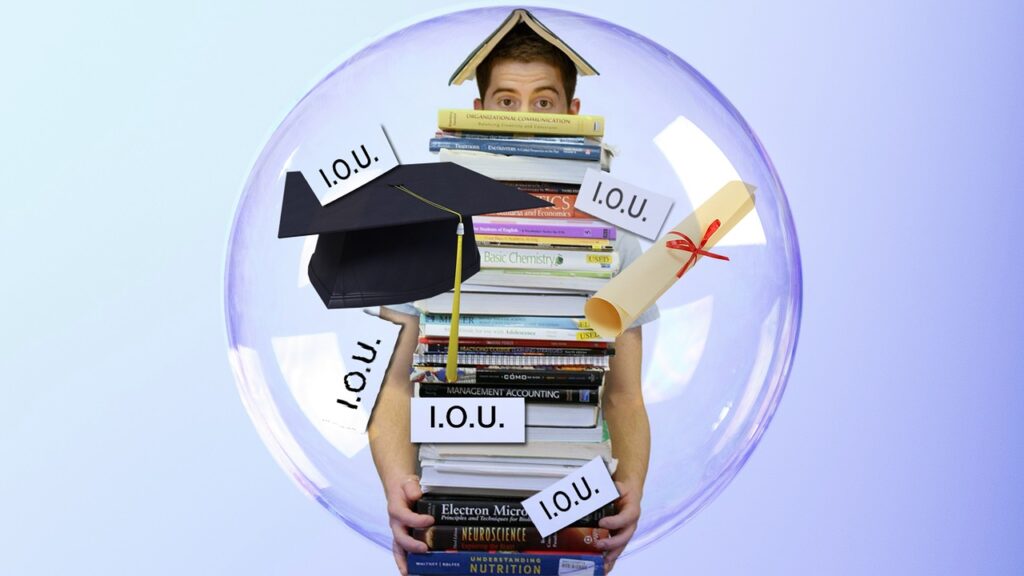 Posted By: aosmeon: May 02, 2018In: Politics, UncategorizedNo Comments 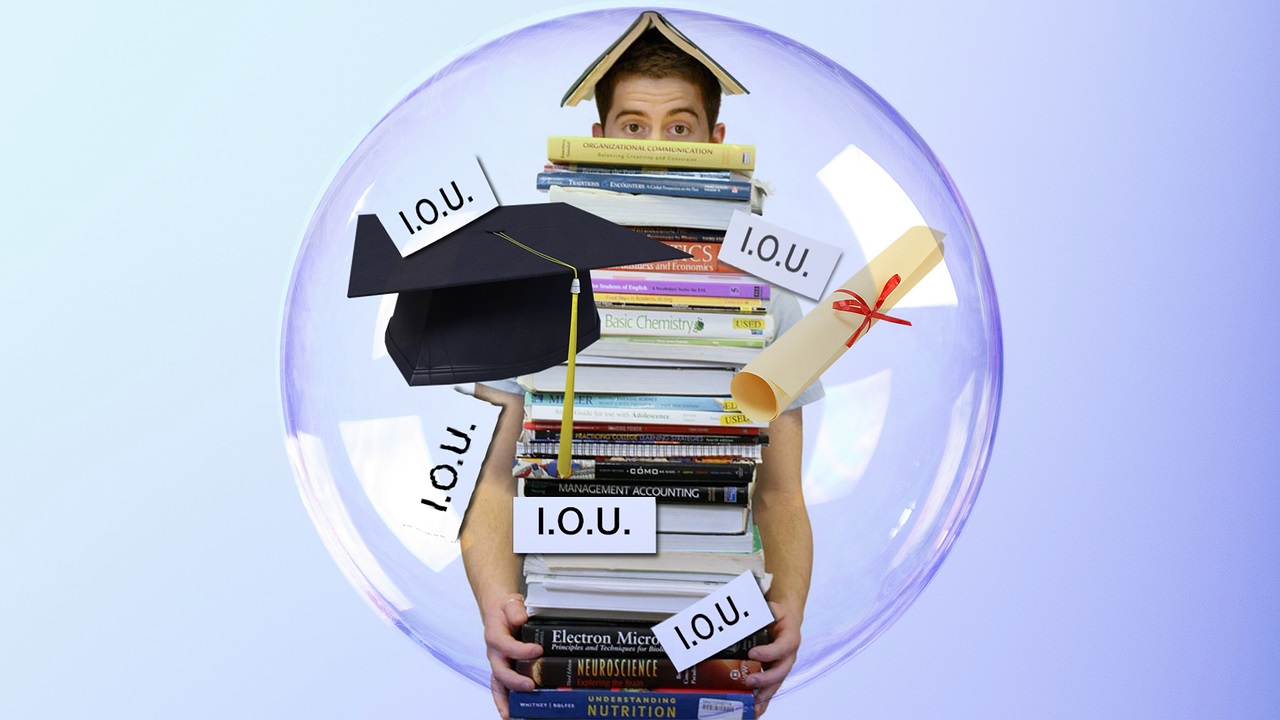 The higher education system is in shambles. What was once the envy of the world has metastasized into an arena of safe spaces, groupthink, Marxism, debt, and coloring books. Free speech has been eviscerated, while diversity of thought is nowhere to be found. Today’s generation of college students, indoctrinated by The Frankfurt School social constructionists, are the first of their kind to actively fight against their own rights. 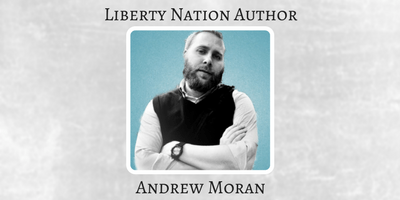 Post-secondary institutions are now believed to have participated in some chicanery that allowed them to game the student loan system, notes a new U.S. government report.

According to the Government Accountability Office (GAO), colleges have been hiring a phalanx of consultants to ensure they avoid bureaucratic scrutiny by masking the cohort default rate. This is the share of students who have defaulted on their loans within three years of beginning repayment. To remain eligible for financial assistance from Washington, the rate must be under a specific level.

GAO researchers say that they examined nine companies that represented the colleges and contacted struggling borrowers to proffer assistance to stay away from defaulting. The finding: five of them persuaded debtors to transfer their loans into forbearance – a temporary pause in payments that allows interest to accrue – rather than other options tailored to individuals’ needs.

Moreover, consultants were incentivized to encourage nonpayers to enter forbearance. These businesses are remunerated based on the number of borrowers, and the option is typically faster. Some of the techniques these firms used were a mix of monetary, including $25 gift cards, and unscrupulous, like sending an application to households and informing them they could lose access to food stamps should they default on their obligations.

The reaction has been swift.

It is true that the means utilized by colleges were dodgy. However, these hubs of higher learning are enabled to adopt and employ inappropriate measures through the government guaranteed student loan system, a decades-old program that’s harming students more than helping them. Perhaps it is time to put the kibosh on state-funded student loans. 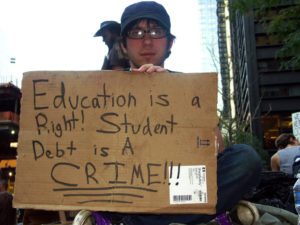 U.S. student loan debt recently topped $1 trillion for the first time in history. And it keeps ballooning: student debt grows by $3,000 per second. The average graduate exits school with tens of thousands of dollars in debt, and this is leaving them on the sidelines. Reports have found that graduates are delaying adulthood because they can’t find a career, purchase a house, get married, or have children.

No matter what you think of university students of the last decade, this is the fault of the government. Yes, many alumni have chosen Lesbian Dance Theory, Feminist Theory, and Peace Studies, but it is the readily available federal student loan system that has contributed to the students’ poor choices, enormous national debt levels, parental pressures, and colleges’ deceptive practices.

Shortly after the federal student loan program was instituted in the 1950s, tuition started to creep up. Over the last 50 years, tuition rates have skyrocketed 1,200%, which is more than housing, healthcare, and food. Despite federal financial aid climbing from $33 billion to nearly $200 billion, in addition to funding from state legislatures, the government has not made education more affordable.

It’s been quite the opposite.

Why? Because colleges can get away with slapping obscene price-tags on their front doors. Since they are receiving money that is guaranteed by Washington, universities can artificially raise tuition costs, spend money on opulent campuses, and extend generous compensation packages to faculty.

Colleges have embarked upon an amenities arms race. Extravagant dorm rooms, rock-climbing walls, and exquisite dining halls serving steak and lobster are the norm. Universities have transformed into luxury resorts.

Former Vice President Joe Biden, who isn’t exactly the paragon of fundamental economics, understood the problem. He told a crowd in 2012: “By the way, government subsidies have impacted upon rising tuition costs. It’s a conundrum here.” Even former President Barack Obama conceded that taxpayers couldn’t just continue subsidizing surging tuition, but he didn’t do anything about it – he increased federal funding.

President Donald Trump may be treating the symptoms today, but not the disease of tomorrow.

Since the era of former President Ronald Reagan, Republicans have typically campaigned every election cycle to dismantle the Department of Education, drawing praise from frustrated conservative economists and disgruntled parents alike. Perhaps unable to see a path to victory on this pledge, the cause is always abandoned as soon as the GOP takes control of Washington.

Senator Bernie Sanders (I-VT), on the other hand, has attracted students to his electoral plight and path to power by promising free tuition. 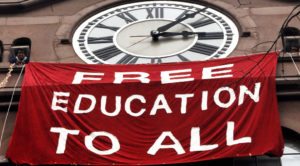 Under a Sanders administration, he would spend more on college, completely ignoring the legitimate grievances. Progressives will inevitably make matters worse: costs soar, quality diminishes, and demand for useless degrees multiply. Plus, in our participation trophy environment, anyone holding a pencil would be admitted, making classrooms overcrowded, inefficient, and downright unbearable.

Whenever the state intervenes in any area, it becomes a game of whack-a-mole: one challenge may be solved, but other unintended consequences keep popping up. You only need to look to the public-school system to see the results: more funding with inferior outcomes. Though the U.S. ranks second among OECD countries on education spending, it ranks near the bottom for math, science, and literacy.

Teachers unions will insist on more, while students will whine for something for nothing. Politicians, sacrificing their principles for votes and praise, will grovel to both parties and cave into their demands. Nothing changes, nothing improves. The status quo reigns supreme. This is what higher education in America has turned into: a calm ocean of mediocrity – or worse.

Do you support the federal student loan system? Let us know in the comments section!