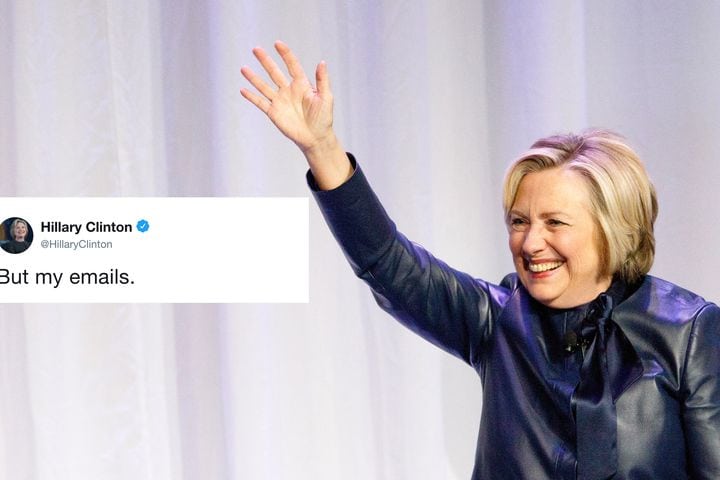 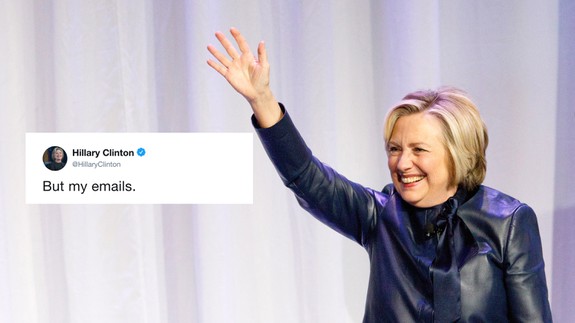 It’s become a meme at this point. The Republican party  — and Trump campaign — made such a huge stinkin’ deal about Clinton’s use of a private email server while she was secretary of state, that any time a more serious scandal enveloped the right, people would mock the time and effort spent trying to “lock her up.”

The phrase has also been used jokingly to insult Trump supporters for latching onto the email scandal for so long, while there’s plenty of better things to be concerned about.

a man in a MAGA hat stumbles out of his basement, choking on dust and radioactive fallout

“but her emails!” he whispers, before dying