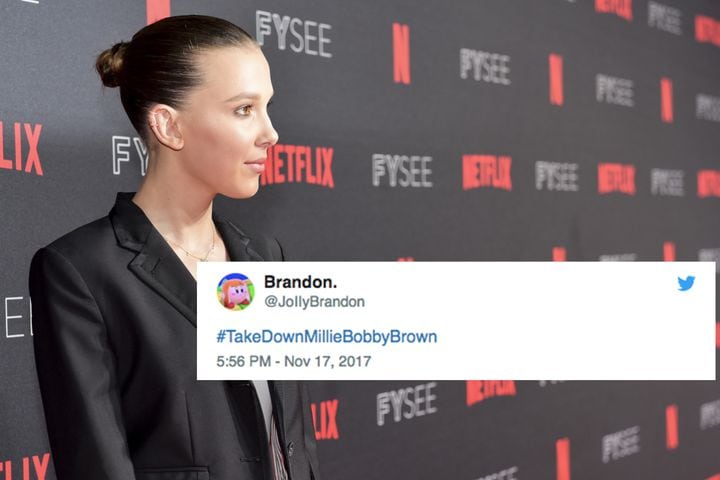 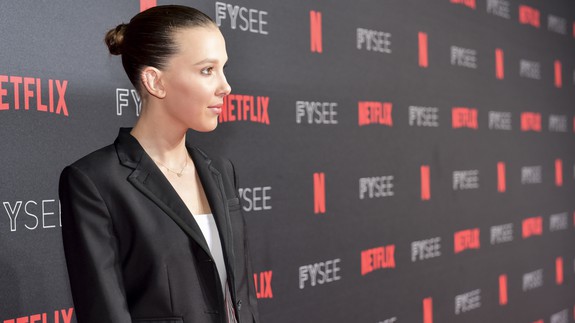 Millie Bobby Brown left Twitter on Wednesday after she became the target of a hateful meme.

The meme has been surfacing on social media since last year, but this week it went so far as to prompt Millie, an anti-bullying advocate, to put the brakes on her main account.

The homophobic meme, which features people writing nasty messages and attributing them to the Stranger Things actress, morphed out of the hashtag #TakeDownMillieBobbyBrown. That appears to have started in November 2017 when @KelsFiona said the 14-year-old snatched her hijab at the airport. It was obviously fake — when another Twitter user pointed out that she doesn’t have a hijab on in her profile picture, @KelsFiona said, “because she ripped it off me.”  Read more…