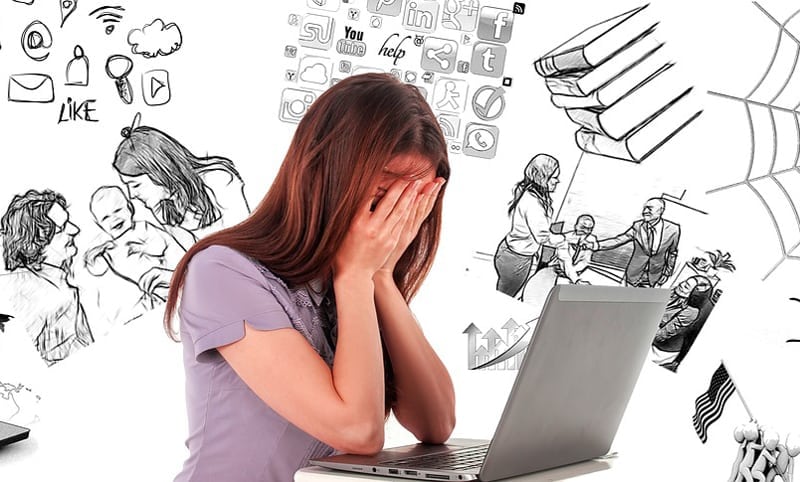 The Disturbing Rise of Outrage Culture

Raise your hand if you have been tempted to slam that leftist on Facebook who posted an anti-Trump meme. Perhaps you have even engaged in fiery back-and-forths on Twitter in heated arguments on gun control. Or maybe you didn’t respond at all, but you still walked away angry.

It seems that every week, we are bombarded with news stories designed to elicit an all-too-familiar emotion: outrage. Americans are constantly offended. As conservatives, we like to think that it is only individuals on the left who have been infected by the outrage epidemic, but we are not immune.

Outrage exists on both sides of the political spectrum, mainstream and lesser-known media outlets take full advantage of this reality. If we aren’t careful, we may allow this new culture to change our society so drastically that we embrace tribalism and choose to interact only with people who are exactly like ourselves.

What Is Outrage Culture?

There are likely many different ways to define outrage culture. However, Urban Dictionary has an apt description:

“When people play the victim card and bend over backwards to be as offended as possible when they really aren’t. Using hissy fits, political correctness, character assassination, and a false sense of moral authority, the outrager hopes to gain power and public recognition for their brave act of justice as well as a sense of control over their meaningless existence.”

Put simply; outrage culture is marked by a tendency for people to become overly offended at the slightest occurrence. It could be an offhand remark about race that someone assumes to be a microaggression. Perhaps a talk show host made critical comments about the president. In some instances, it could be a politician failing to comment on a particular situation in the way you believe they should.

In each of these stories, the offender apologized for their actions. However, people’s decisions on whether or not to forgive the person seemed to be based primarily on their political leanings. Right-leaning individuals were more likely to forgive Barr, who is an outspoken Trump supporter while people on the left accused her of being a racist.

Individuals on the left were willing to forgive Joy Reid and Samantha Bee, while those on the right complained about the obvious double standard being displayed by MSNBC and ABC. These types of occurrences are nothing new, and the media is all too happy to use these stories to divide us further.

Will We Break Our Addiction?

Outrage culture poses a threat to us on both a macro and micro level. Why? Because it simply isn’t healthy to be angry all the time. Not only that, it can destroy relationships with those you love. When it comes to American society, it prevents us from engaging in the exchange of ideas, and it keeps us from learning from one another. It makes civil discourse nearly impossible. Conversations become nothing more than contests to see which side has more of a reason to be offended.

The culture of outrage could also have a negative impact on the conservative movement because it prevents us from influencing those who might be open to hearing new ideas. Yes, it might feel good to “own libs” on social media by cleverly dissecting their arguments, but are we really going to change minds? When was the last time you saw a leftist become a conservative because someone insulted them?

Outrage isn’t always a bad thing. It’s what pushed the colonies to resist British oppression. Righteous anger motivated us to fight a war to abolish slavery. However, we are not making a positive impact on history by getting mad at some celebrity for making a stupid comment. Should we respond when these things happen? Sure, but a measured, convincing argument is far more effective than immediately condemning, or defending someone based on their party affiliation.

Instead of allowing certain news stories to push us towards angry retorts, it’s a better idea to engage with those who don’t share our belief in a way that will help them understand a different point of view. The conservative movement is continuing to move forward. Let’s not allow outrage culture to impede our progress.