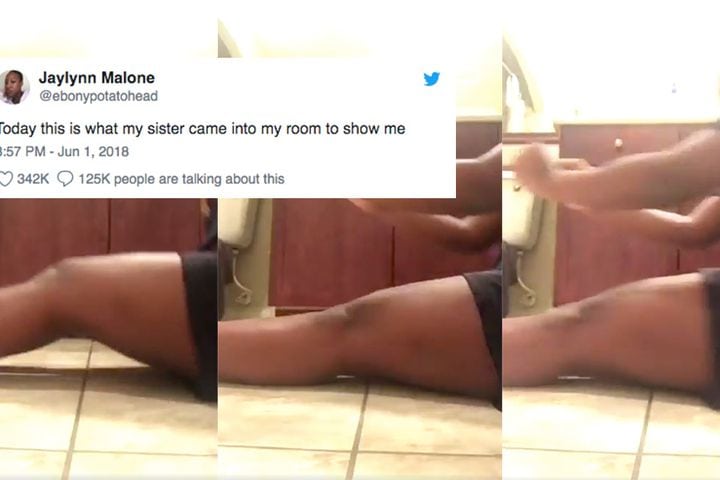 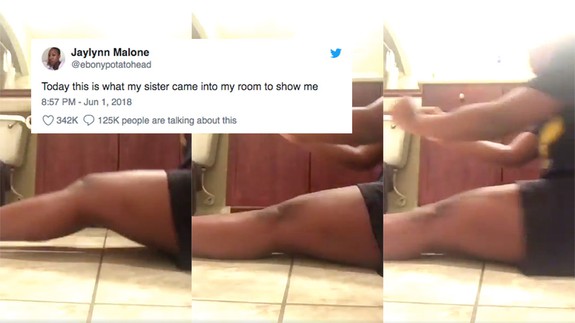 You know your homemade optical illusion video is doing well when when it gets so many retweets even your mom sees it — and then wants to recreate it herself.

On Friday, Jaylynn Malone tweeted a five-second video her sister had shown her.

You have to admit, it’s pretty good.

Many thousands of retweets later, and Malone’s mom wanted in on the action.

Update: my mother is amazed and is about to attempt pic.twitter.com/RrVIneFwML