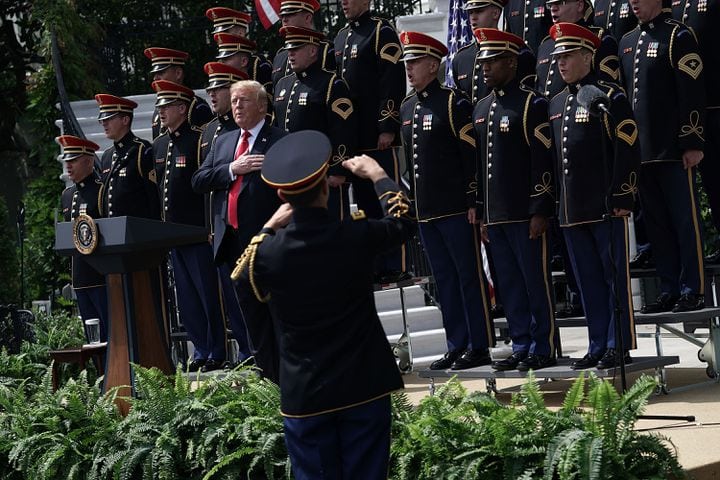 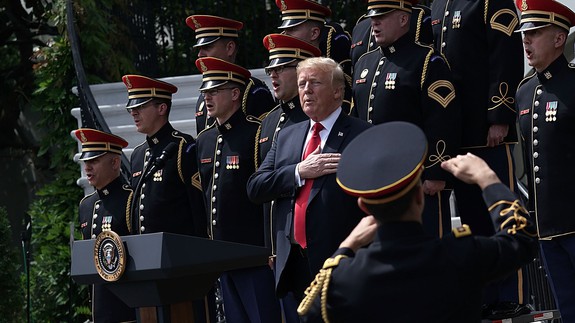 Donald Trump, the president, either does not know or does not care about the lyrics to “God Bless America.”

After rescinding his invitation to host the Philadelphia Eagles at the White House upon learning only a few team members planned to show up, Trump instead hosted an event to “celebrate the flag,” as NBC News reported.

At the event, musicians from the U.S. Marine Corps played “God Bless America,” my favorite song with the phrase “white with foam” in it. Trump, ever devoted to performative patriotism, sang along, but he missed a couple lines. Read more…