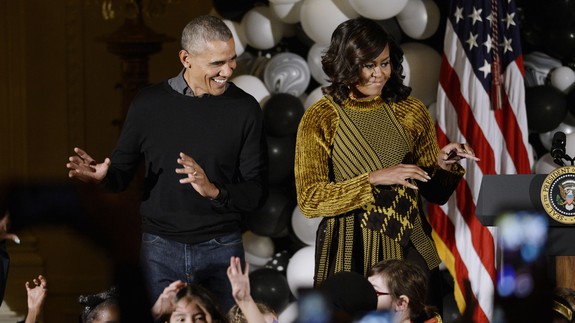 Beyoncé and Jay-Z’s On the Run II tour has only been traveling for a few weeks but it’s already blessed the world with iconic moments. From hilarious exchanges between the Carters to photographs of the twins, the fans are living.

But perhaps one of the most important contributions the tour has given us? This glorious video of Barack and Michelle Obama dancing their hearts out at the latest stop.

SEE ALSO: The iconic works of art you missed in Beyoncé and Jay-Z’s ‘Apesh*t’ video

More about Beyonce, Barack Obama, Michelle Obama, Jay Z, and On The Run