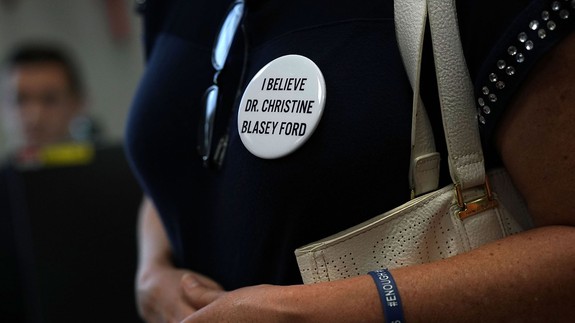 Following days of *relatively* restrained behavior, President Trump unleashed an attack on Dr. Christine Blasey Ford Friday morning, accusing her of failing to report the alleged assault by Supreme Court nominee Brett Kavanaugh when they were both teenagers.

Survivors on Twitter bristled at Trump’s tweetstorm. Using the hashtag #WhyIDidntReport, they explained their reasons for choosing not to report their own assaults.

“I have no doubt that, if the attack on Dr. Ford was as bad as she says, charges would have been immediately filed with local Law Enforcement Authorities by either her or her loving parents. I ask that she bring those filings forward so that we can learn  date, time, and place!” Trump wrote on Twitter. Read more…