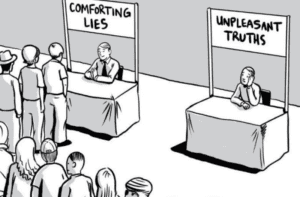 Has the increasingly heated political climate finally driven the American public insane? It seems that since the 2016 election, political discourse has gradually descended into a maelstrom of innuendo, accusation, and conspiracy theories. If Captain Obvious were a political commentator, he’d inform the public that the country is polarized beyond belief.

But what’s behind the rising tension between Americans?

Is it President Trump’s rhetoric? After all, everyone knows that while commanding the world’s most powerful military, he also has the uncanny ability to set the media ablaze by simply typing 260 characters or less.

Speaking of the media, is the press to blame for inflaming tensions? Sure, the Fourth Estate is occupied by progressive activists cleverly disguised as journalists, and their reporting is designed to paint conservatives as jack-booted thugs goosestepping through the streets while clinging to their religion and guns – but what is behind their animus for anyone whose political views don’t line up with Bernie Sanders’ or Hillary Clinton’s?

It makes sense to point the finger at individuals who contribute to tension with their rhetoric, but the source of this social phenomenon is deeper than one might suspect. The root of America’s outrage is very probably a psychological phenomenon known as “cognitive dissonance.”

If you have taken a psychology class, you have likely heard the term. Cognitive dissonance can be defined as “a situation involving conflicting attitudes, beliefs or behaviors.” A sense of discomfort or stress is felt as the sufferer attempts to resolve two incompatible realities or perceived truths.

When humans go through cognitive dissonance, they tend to find ways to reduce or eliminate the stress it causes. They typically accomplish this by rationalizing, minimizing, or altering the inconsistent behavior or belief that has brought about the dissonance.

This is not inherently harmful, and in many cases it is appropriate. For example, let’s say you fancy yourself a culinary genius, but a friend tells you that the chocolate cake you baked tastes like something resembling what one might find on the streets of San Francisco. You can either choose to believe that your friend wouldn’t know good eats if their life depended on it, or you could assume that you are simply having an “off day.”

But in the political realm, cognitive dissonance is having a pernicious impact in the conversation. Many on both the left and the right have been so affected, they are willing to embrace irrational arguments in support of their side, even when it is neither appropriate nor necessary.

When the news broke about bombs being sent to Democrats, many on the right, including prominent figures, immediately jumped to the conclusion that it was a diabolical false flag operation concocted by the Democratic Party to influence the midterm elections. Even before the facts had been revealed, these conservatives were 100% certain that the culprit couldn’t possibly be a Trump supporter, or a highly-disturbed individual looking for notoriety.

After the perpetrator was apprehended and his identity made public, some changed their opinion on the matter. However, others still maintain – without credible evidence – that the suspect was secretly a progressive operative working with the Democrats to smear conservatives. Cognitive dissonance could have caused these individuals to believe that there was no way a right-winger could commit this type of act, even though acts of terror have been committed by people on both sides in the past.

Of course, it is important to point out that cognitive dissonance also causes the left to engage in irrational thinking when it comes to politics. When a gunman murdered 11 people at the Tree of Life synagogue in Pittsburgh, members of the press rushed to the airwaves to convince the American public the suspect was a Trump supporter who was inflamed by the president’s non-existent antisemitism.

Many on the left blame Trump for a rise in anti-Semitism even though his daughter, son-in-law, and grandkids are Jewish. They also ignore the fact that he has been the only president willing to officially recognize Jerusalem as the capital of Israel. Indeed, Trump has been one of the most pro-Jewish presidents in the nation’s history, but cognitive dissonance and a cynical desire to push their anti-Trump agenda have pushed some on the left to not only ignore these facts but also to disregard the apparent antisemitism on their side. 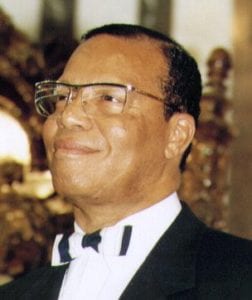 Several Democrat leaders have cozied up to Nation of Islam leader Louis Farrakhan, who has a history of making antisemitic comments. Most recently, he compared Jews to termites. Even worse, Andrew Gillum, Florida’s Democratic gubernatorial candidate has ties to Dream Defenders, a far-left organization that supports the boycott, divest, and sanction (BDS) movement. The group is connected to Palestinian terrorists and cheered the destruction of Israel during an event in 2016. Gillum has not received any significant criticism from the left, despite his refusal to disavow the organization.

So how can the nation minimize the effects of cognitive dissonance? The solution is simple, but not easy. Americans on both sides of the political divide need to accept the fact that those with whom they disagree are not vile monsters intent on destroying the country. They must refuse to ascribe ill intent to those who have differing political views.

But more importantly, the public needs to realize that the majority of Americans are not on the extreme fringes of their respective parties. A recent study revealed that the percentage of Americans on the extreme right and left is surprisingly low. Most Americans fall into what the report calls the “Exhausted Majority,” who are fed up with the increasing rancor in political conversation.

Since the people on the fringes are outnumbered by those in the Exhausted Majority, there is no valid reason to allow extremists to rule the politics of today. If those in the middle ground are willing to speak out louder, they can drown out the divisive accusations that have ripped Americans apart. In this way, Americans can help society return to normalcy.