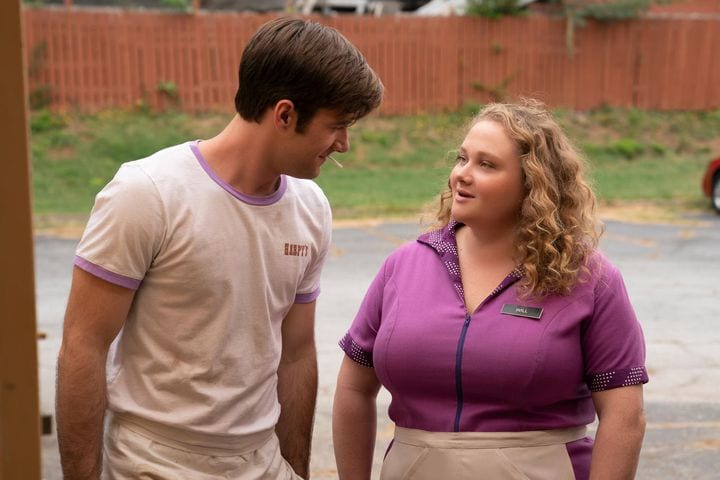 Netflix’s ‘Dumplin’ delivers drag, Dolly, and the next Peter Kavinsky

Netflix’s Dumplin’ isn’t built on rhinestones and stilettos. Yes, the small town comedic drama comes with plenty of that as-advertised pageant glam, but it finds crucial footing in a simple maxim from the Queen of Country: “Figure out who you are and do it on purpose.”

Originally told in Julie Murphy’s YA novel of the same name, the story of Willowdean Dickson and her protest in heels is one worth gushing over. Its self-acceptance narrative doesn’t tread new territory, but instead weaves numerous beloved pastimes into a coat of many colors fit for Dolly herself.

Starring Danielle Macdonald and Jennifer Aniston, with massive support from an original Parton soundtrack and a number of talented drag performers, Dumplin’ explores how we treat “plus-size” and otherwise othered women in a world increasingly focused on the superficial. Although the film’s second act begins to border on preachy cliché, its glittery-yet-goofy approach to presenting a difficult topic to an adolescent audience manages to stay both entertaining and enlightening. Read more…

7 of the best Squarespace templates for your blog

How Youngstown saved Maurice Clarett: Football star finds himself, and purpose, in hometown

Two Jumanji Stars Are Re-Teaming For Another Action-Comedy

Is Minced Garlic in a Jar as Good as Fresh?