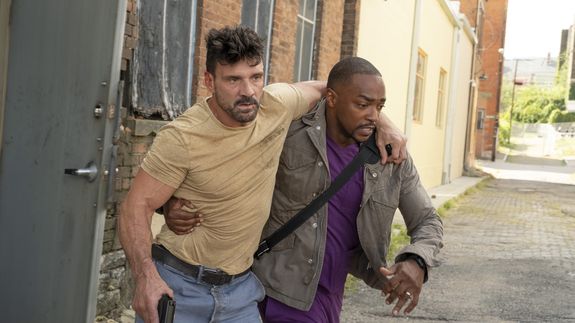 The following is a spoiler-free review of Netflix’s Point Blank.

Point Blank has way more going for it than it has any right to.

A remake of the 2010 French film of the same name, this action flick features the talents of top-tier actors Anthony Mackie, Frank Grillo, Marcia Gay Harden, Teyonah Parris, and Boris McGiver. Plus some pretty satisfying gore, a bitchin’ PT Cruiser, a fun little twist, a handful of tantalizing cliffhangers, and an excellent application of Grandmaster Flash and the Furious Five’s “The Message.”

But for the most part, Point Blank is forgettable — a fact that feels not only like a letdown for viewers, but a disappointment for leads Mackie and Grillo. Read more…

7 of the best Squarespace templates for your blog

How Youngstown saved Maurice Clarett: Football star finds himself, and purpose, in hometown

Two Jumanji Stars Are Re-Teaming For Another Action-Comedy

Is Minced Garlic in a Jar as Good as Fresh?