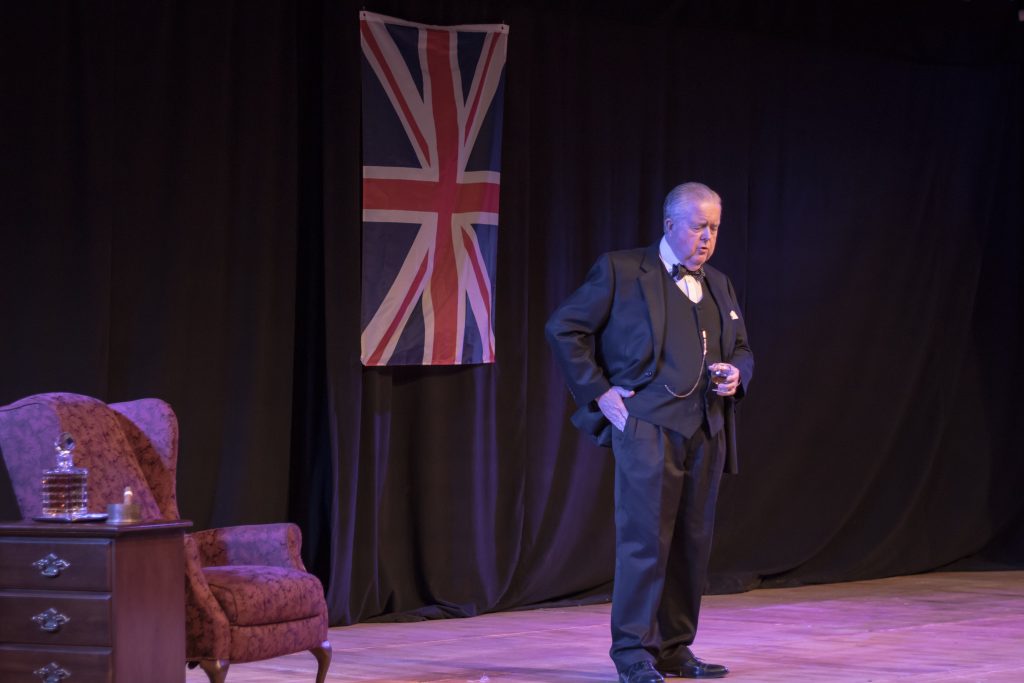 All series events will be staged at ECTC’s performance space located at 560 Grand Boulevard (upstairs) in Grand Boulevard at Sandestin, located in Miramar Beach, Florida.

The series begins on January 9 with “Gileah Taylor: A Life Lived in Song.” Gileah Taylor is a local singer-songwriter and recording artist who has written and released seven albums since her teen years. Along with accomplished musician and husband, Chris Taylor, and a few very special guests, Gileah will be telling the stories behind selected songs from each era of her life. Gileah breathes new life into her favorite songs on stage at Emerald Coast Theatre Company during this one-night-only event.

Back by popular demand, Bruce Collier will return to ECTC’s stage on January 16 to perform his acclaimed one-man show “Winston Churchill: Through the Storm.” Travel back to July of 1945 after Nazi Germany has surrendered and Adolf Hitler is dead. British Prime Minister Winston Churchill is representing the United Kingdom at a summit conference in Potsdam, Germany and is relaxing after hosting a banquet for President Harry Truman of the United States and General Secretary Josef Stalin of the Soviet Union. In the morning, Churchill will return to Britain to learn the results of a general parliamentary election and whether or not he will remain Britain’s prime minister. Over brandy and cigars, Churchill reminisces about his personal and public life, the war, and the possible future. Moving back and forth from past to present, Churchill recalls his worst and finest hours.

Actor/playwright/comedian/professor Jason Hedden performs his original work “Resurrecting van Gogh” on January 30. This play is based on the life, work and writings of Andy Martin, a medical student, and oncology patient at Tulane University, who conducted groundbreaking research on sinonasal undifferentiated carcinoma (SNUC), an extremely rare form of cancer that eventually took his life. The majority of the performance text comes from Andy Martin’s private journals. The production includes a live performance, short documentary and a Q&A about the creation of the work.

ECTC’s StoryTeller Series concludes on February 6 with “Dinner with Booker T,” written and performed by Broadway artist Darryl Reuben Hall. On the 16th of October 1901, Booker T. Washington became the first Negro to dine at the White House. Through song and dance, multiple characters are portrayed in this solo show in which Mr. Washington recalls the joys and racial aftermath of this infamous dinner. “Dinner with Booker T” was converted into a one-man show based on its original work, “The Dinner,” which debuted at the Midtown International Theatre Festival 2015 in New York City to rave reviews.

“Our lineup for this year’s StoryTeller Series is incredibly diverse,” said ECTC co-founder and producing artistic director Nathanael Fisher. “From contemporary artist, Gileah Taylor to Darryl Reuben Hall’s historical portrayal as Booker T. Washington, each individual artist involved in this series is bringing something unique to our stage, and every event provides a completely different and captivating night of theatre for our audience.”

Theater patrons are encouraged to come early (doors open at 6 p.m.) to browse artwork by local artists showcased in the ECTC Lobby Gallery curated by Lori Drew, founder of Lowkylzart. A portion of proceeds from each sale benefits ECTC and its education outreach and scholarship programs.

Tickets are $30 per event with senior, military, and student discounts available. A subscription to all four is just $99. Purchase tickets online at https://www.emeraldcoasttheatre.org/on-stage or call (850) 684-0323.

To make a tax-deductible donation, volunteer or learn more about Emerald Coast Theatre Company, find them on Facebook, call (850) 684-0323 and visit www.emeraldcoasttheatre.org.

Emerald Coast Theatre Company is a 501(c)(3) founded in 2012 by Nathanael Fisher, MFA, and his wife, Anna Fisher. Based in Miramar Beach, Florida, ECTC’s mission is to enrich and entertain the Emerald Coast community through professional and educational theater. ECTC operates year-round with a two-fold mission to provide both educational and professional offerings to the Northwest Florida community. Educational outreach includes after school and home-school programs, touring and staged productions, summer camps, workshops, and classes. The professional theater efforts are focused on thought-provoking productions, festivals, and collaborations as well as acting and improv workshops and classes for adults.